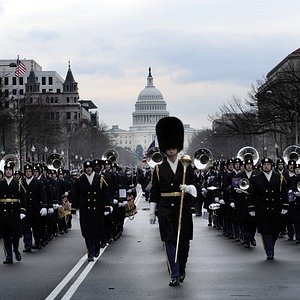 Will Friday Be The End Of The World? 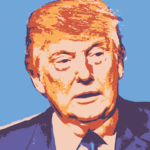 On Friday, January 20th, 2017 the seemingly impossible will happen.  The most powerful country in the world will place at its head a man with no political skills; a thin-skinned and vindictive personality; a foul mouth; a know-it-all attitude; and a pathetic ignorance of how the world works, both physical and politically.  And one that a majority of citizens did not want as their leader!

How can we have come so far from the likes of Washington, Jefferson, Lincoln, and FDR?

Even before Donald Trump’s inauguration he has managed to upset diplomatic relations with our allies; embolden our enemies; destabilize international financial markets; and alienate our government departments that try to protect us by likening then to Nazis.  If that represents what’s to come, then it may not be the end of the world but it’s going to be a difficult and troubling 4 years.

So What’s The Worst That Could Happen?

In war games they play out “What If” scenarios, so maybe doing that might answer the question.

The Trump-Putin love affair finally sours when the latter shows his true colors and the former finally figures out what’s going on in Moscow. Insults are hurled and thin-skinned Trump takes umbrage and lashes out … with nuclear-tipped missiles.  If this gives you sleepless nights you might want to read this article from the BBC.

It’s not hard to come up with actions Trump might take that could finally prompt Congress to start the impeachment process.  Other

presidents have had that happen to them for something as trivial as a little burglary; or the inability keep zipped up.  So Trump should have no difficulty taking some action that will finally offend enough Republican members in Congress to make them take action.

But this does raise an interested question.  Would Trump go quietly?  It seems unlikely given his combative nature.  He is the Command In Chief of the Armed Forces, so at what point would they not follow the directives of their supreme commander?  Could he order them to disband the Congress and House by force and install himself as a dictator? It’s happened in other countries so why not here? 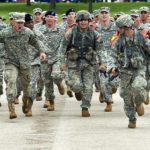 With a Republican majority in the House and Senate, and congressmen and senators tending toward sycophancy, it’s equally not difficult to imagine Trump taking some international action, with their blessing, that the military leaders finally take exception to.

If the 5 Star Generals decided to take power into their own hands, as a last resort, there’s not much that could be done to stop them.  We do, after all, have the most powerful military in the world.

As far-fetched as these scenarios are, they all have precedent in other parts of the world, so should not be dismissed out-of-hand. I would hope that our representatives in government are considering all possibilities, no matter how outlandish, so that we are not taken by surprise.

Based on the history and temperament of the American people, and the existence of a well-written (for the most part, although the 2nd Amendment is a disaster … to use a Trumpism) Constitution, none of the above seem very likely or plausible. 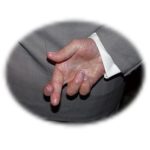 Far more likely is a series of lesser national and international blunders that we stagger through week-to-week, and hopefully come out of the other side not too badly scathed.  As one FaceBooker noted, we have elected the pilot of our plane, and we’re all passengers on it, so hoping for his failure is probably not in our best interests.

One thing is certain, it’s not going to be business-as-usual in Washington, and that’s what those who elected Trump wanted.  But you have to be careful what you wish for.  As House Speaker Ryan noted, the politicians now have a unique opportunity to really get things done, and I for one would be delighted if some Republican goals were achieved.  With solid business sense from our Chief, good political savvy from our elected officials, and effective and respectful communications between them, it would be possible.  But let’s get things off on the right foot.  No name calling, show each other some respect, and think before you speak.  Rules we could all live by.  And remember, only a “twit” would communicate his every thought via Twitter!